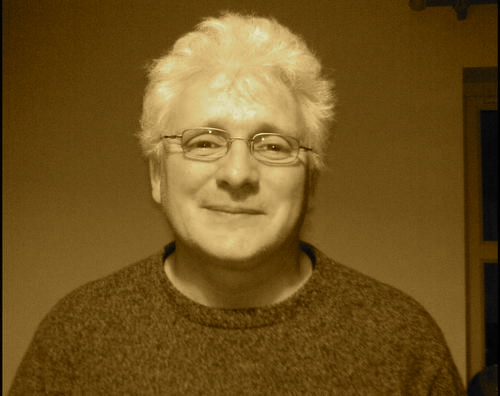 June 23, 2012, published on Though Cowards Flinch by Paul Cotterill, a former councillor in Bickerstaffe ward, West Lancashire Council (If you would like to read more about him) - note de Politproductions.

«Recently I received some criticism for calling the French Front National (FN) a bunch of neo-Nazis. I was told that the FN leader going as guest of honour to a  lovely ball in Austria was purely circumstantial, almost certainly perfectly innocent, and not a symbolic gesture of allegiance to the ideological roots of her father’s party , as I had suggested.  Even a bit.

Very reasonable criticism indeed, despite the FN’s ever-so-faintly neo-Nazi looking approach to citizenship based on European bloodline, which is probably just ironic, or post-ironic.

Given this, I make absolutely no Neo-Nazi claim about a party with a member like the charming M. Thierry Maillard, responsible for the poster on the left (the one on the right is a 1939 Nazi one, just in case you wanted to compare):

After all, I accept completely the charming M. Maillard’s explanation that it was all the work of a graphic artist working for his ‘educational group’ La France Nationaliste (absolutely no links to the Front National, oh no), and that M. Maillard really had no idea about the poster’s design roots before he was told about them.

I mean, blond Aryan boys are what you’d expect any graphic artist to put on your campaign poster for you, surely, if you wanted to develop a youth movement committed to your revolutionary aims, aren’t they?

The fact that the poster remains available for download on the group’s website a year after its publication is, I’m sure, a simple oversight, as is the decision by Marine Le Pen’s party not to seek any disciplinary action against M Maillard (other than a suspension for scrapping with a journalist, but that can happen to anyone).

Mme Le Pen did, after all, take firm action against an FN regional councillor, M. Alexandre Gabriac, photographed giving a Nazi salute. The apparent discrepancy in approach to the two men clearly has absolutely nothing to do with Nazi saluter M. Gabriac coming from the Rhône-Alpes region (notoriously loyal to Bruno Gollnisch, who lost out to Le Pen in the FN leadership contest and whose supporters are now crying ‘purge’ after several explusions), while M. Maillard is a Le Pen loyalist from the Reims area.

Equally, I accept in full the explanation of Pascal Erre, a member of the FN’s national political office, and a candidate in the recent legislative elections, about his stepson’s interesting choice in tatoo:

M. Erre is categorical in his denial that he knew nothing about the lad’s idiosyncratic choice of ’blood and honour’ body art, despite his wife’s acknowledgment that she knew all about it, and despite M Erre having driven said lad (also a FN candidate in local elections) to the tatoo parlour several times.

I mean, asking what kind of tatoo he was getting wouldn’t come up in conversation during the ride home, would it, even if M. Maillard, who also happens to be from Reims, thinks M. Erre lying through his teeth, and that M. Erre couldn’t possibly not have  known what was on his stepson’s back.

That’s cleared that up, then, It was all just Un Very Bad Trip.  Why she would want to comment on M. Erre’s driving skills, I’m not entirely clear, but I’m sure she has her reasons.

So nothing to see here, people.  No hard evidence at all of hardcore Neo-Nazis operating at the very heart of the FN, deliberately protected by Marine Le Pen.

Nothing whatsoever to contradict the Daily’ Mail’s view that the FN has been rehabilitated under Mme Le Pen, and has moved on from its “unacceptable past”.

I’m sorry I even mentioned it.»